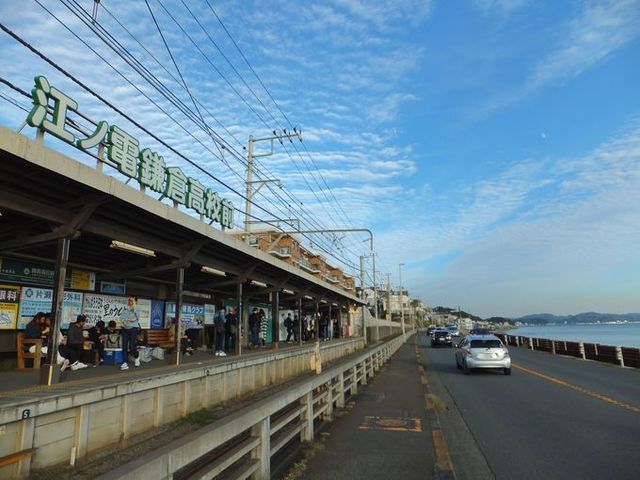 Enoden is a popular tourist route in Shonan. There is “Kamakura High School Mae Station” in the middle of the line connecting Fujisawa and Kamakura.

When you get off the platform, the blue sea of Shonan spreads out in front of you. Shichirigahama on the front, Miura Peninsula on the left, Enoshima on the right. Kamakura High School Mae Station, which is close to the sea so that you can hear the sound of waves, is one of the best scenic stations in Enoden, which was selected as one of the 100 Best Stations in Kanto.

Stations so close to the sea are rare in the Kanto area, and many people get off to see the station itself. Sitting on a bench at your home, you can also enjoy a relaxing view of the blue sea spreading out in front of you. 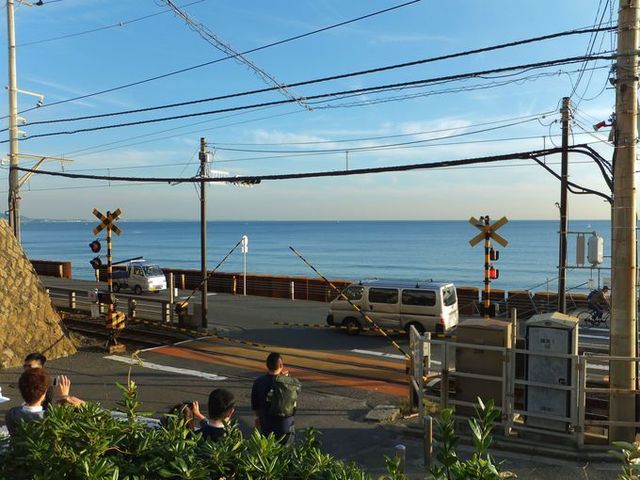 In recent years, the number of Taiwanese tourists getting off at Kamakura High School Mae Station has increased rapidly. The purpose of this is “Kamakura High School Mae No. 1 Railroad Crossing”, about 100m east of the station. This small railroad crossing against the blue sea is the place that will appear in the opening scene of the anime “Slam Dunk”, which gained popularity in the 1990s!

The main character, Sakuragi Hanamichi, standing in front of a railroad crossing with a bag in hand. When Enoden passes, the heroine Haruko Akagi is across the railroad crossing. When I was a kid, Taiwanese young people in their 20s and 30s who watched the scene many times on TV visited the “Holy Land” railway crossing as if they were recalling the excitement of that time. is.

It is a classic among Taiwanese people, like the Sakuragi Hanamichi in the anime, to shoot a back view with the bag on the shoulders against the background of the railroad crossing. There are some people who wear “Slam Dunk” basketball uniforms to shoot, and you can see the seriousness of Taiwanese people.